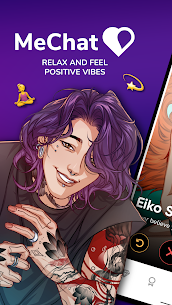 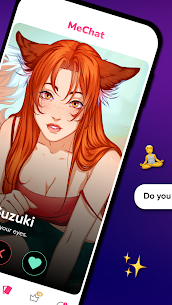 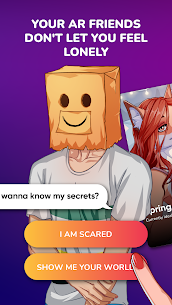 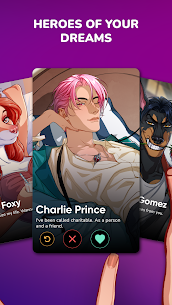 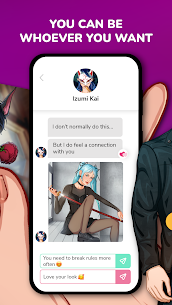 It is a fun game, but I would like it if the unpaid responses weren’t all nasty or unpleasant. After spending money on gems, advancement is still impossible without having to choose alternatives that I don’t like. I pay a monthly charge and don’t feel like I’m getting my money’s worth, so I’ll probably quit using it. The game’s realism is diminished by the game’s inconsistent use of syntax, but the notion itself is intriguing. I’d want to see more supernatural possibilities available to me.

Okay, gentlemen, things are getting worse. It seems like every time I turn around, there’s another bug to find. It seems like I’m losing progress in my “greyed out” matches every time I reopen the app after a new update. At first, I was unable to save some of the audio files. Some characters’ reactions are missing from their messages, and I’ve lost half of the progress from a tale I’ve previously completed as a result of the most recent update. While the enhancements were welcome, it’s infuriating that I’m continuously losing ground.

I’m a big fan of the game and its premise. Leveling up and the gem system, on the other hand, are a major source of irritation for me. When gems aren’t an option, leveling up takes an eternity. While playing for hours to level up, I’m only given a few jewels as if they were nothing. Having to use gems to obtain any kind of excellent result also makes the game less enjoyable. It’s already quite difficult to get them, and the fact that you need them for everything only makes it more difficult. Disappointingly, I seem to make little headway no matter how many times I play.

Playing this game has been an enjoyable experience for me. However, there are two points that annoy me. There is a first option where you pay 10 dollars for an exclusive, but you still have to pay diamonds to access photographs, recordings, and so on. At the very least, I’d expect a better package for the money spent if all the features were unlocked immediately. The animations come in second. It’s amazing how much more animated Joon is! Other than that, they’re merely given a new face. In my opinion, everyone should view such animations.

Although I enjoy the game itself, I find the Switch version to be a bit of a disappointment in comparison. When I combined characters, I saw that my previous progress with them had been erased. There was a time when I was paired with more than one character, but this was before the narratives of those characters were melded together. As it stands, I will have to squander gems on dates and photographs I previously paid for in numerous articles because my progress was not maintained.

FEED IMPROVEMENTS
- Missed a match in a hurry? You can now undo your last dislike.
- Found a better match for the storyline you are already playing? You can now switch counterparts in feed or in the profile of the character.
- Bad angle? Some characters have up to 5 profile photos.
- Tired of Jasper Sharp? Some of your lovely exclusives are back!

ONE MORE THING
- Still waiting for your favorite matches? Replay favorite dates or start their stories from the beginning while we’re doing our best.